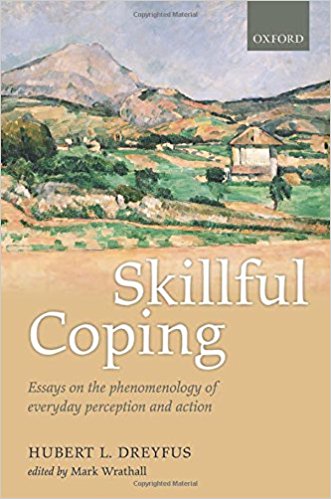 Hubert Dreyfus is most well-known for offering an account of intelligent human coping without appealing to explicitly cognitive or rational sources of action. Following philosophers such as Maurice Merleau-Ponty and Martin Heidegger, Dreyfus instead roots human intelligence—theoretical or otherwise—in our embodied everyday comportment with the world, in our practical actions and responses to the immediate environment. In Mark Wrathall’s words, “Rather than starting from cognition as the primary locus of intelligence, and building out to an account of action, Dreyfus starts with the premise that skillful activity itself is the consummate form and foundation of human intelligence, and derives an account of cognition from coping.”[1] In placing practical engagement before theoretical cognition, Dreyfus builds a new picture of what it means to skillfully cope in the perceptual world that unfolds before us.