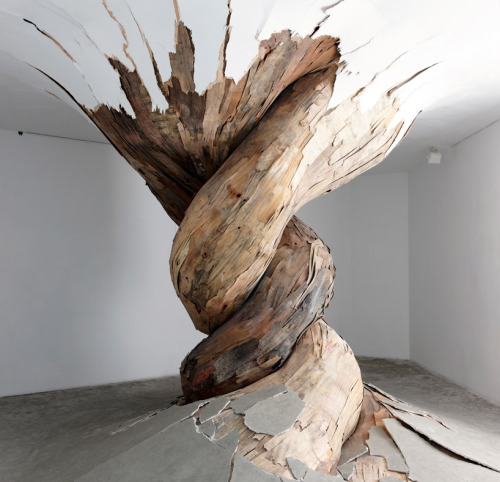 I’ve been moving towards a description of the role concepts and knowledge play in action and perception. To this end, I’ve worked my way through the contributions that philosophers like Hubert Dreyfus, John McDowell, Barbara Gail Montero, and Alva Noë have made in these areas. In my most recent post, I suggested that Noë’s descriptions of concepts as bodily skills offers a compelling way of mediating between Dreyfus’s nonconceptual account of action, where action is guided by environmental solicitation in an intentional arc that progressively gears the agent into its environment, with McDowell’s view of action as concept-mediated through and through. I concluded that post by suggesting the intentional arc requires for its success some amount of conceptual content in order for it to yield the increasingly rich surplus of detail that it generates in the agent. In other words, I argued that repetition in the intentional arc must be knowledge directed.

In this post, I continue to investigate the role of knowledge in action. To repeat the claim I expressed earlier, the role of judgment in intuition implicates knowledge in the structure of our responses to solicitations. Knowledge on this account must be more than mere trial-and-error repetition because it must also include a decision about what and how to practice and repeat. Knowing what to practice and how to practice correctly goes beyond mere repetition and invokes the knowledge needed to judge the what, when, and why of a situation, all knowledge-derived and goal-oriented decisions. This accumulation of intuitive ability gained through correct practice and judgment means that the iterative pattern of acquiring new intuitions should not be thought of as merely an aggregate of past scenarios (i.e., as contextual memories), but as repetitions that, when practiced correctly, involve judgment and meaningful discrimination exercised throughout the process of training and skill building.

This is what Montero’s cognition-in-action principle looks like when applied to learning. In this sense, we can say that this knowledge ecology, participant in each individual’s embodied cognition, aids in bringing to presence the phenomena that become available to the individual. The adept person on this account brings to his or her environments an ecology of practices and knowledge. With Dreyfus, then, it is correct to say that the environment plays a substantial role in cuing up for the person the solicitations available for engagement, but it is also correct that the person’s learned repertoire of knowledge and skills play a role in accessing the structure of solicitation and the intuitive responses that are available within a given scenario.

This view is thus largely in agreement with Andy Clark’s account of cognition as predictive processing, where what we perceive is, to use his terms, a kind of knowledge-based prediction conjoined with bottom-up sensory evidence. Along these lines, the concept is a kind of craft of perception, a meaningful pulling together of sensations and affordances in the perceptual field. Insofar as such objects yield meaningful discernment, the concept becomes an act of transformation in the conscious experience of the individual, allowing him or her new capacities for action not available to the unskilled. The concept reorganizes perception and affords new landscapes for perceptual engagement.

There is a recursive relation, then, between concepts and instances of apprehension, or, stated another way, there is an ecology of concepts that participates in ecologies of action and perception. The concept is a process, a technique, for achieving a certain kind of access to things. One could think of the concept as a specific habit of recognition or apprehension; it is a way of doing things to and in perception. The synthesis of perception accomplished by the concept is thus never achieved once and for all, as though the concept once learned becomes a fixed feature in the cognitive landscape, it is rather an act that must be accomplished over and over, and always within a more complex and shifting ecological context of practice. This ecological account of knowledge thus represents one way of resolving the tensions between Dreyfus, McDowell, and Montero, whilst maintaining the insights of all three positions.