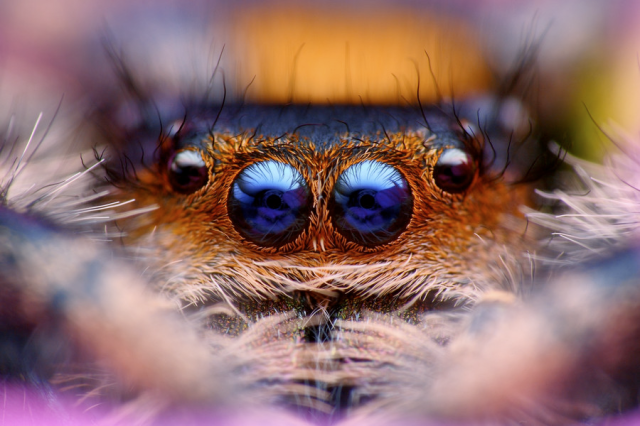 I have been exploring Alva Noë’s actionist account of perception and cognition in terms of an ecological account of the subject-concept relation. In my previous posts (here and here), I have emphasized a level of conceptual understanding that presupposes both language and the capacity to learn new concepts, or, more interestingly, I have described the way in which a subject can never really learn anything new but rather can only become someone with a new set of conceptual capacities through learning and practice. In this view, the subject-concept relation is ecological insofar as the concept has a symbiotic relation to the subject that both displaces and creates new conceptual capacities. To be more specific, and to repeat my phrasing from the earlier posts, learning initiates a symbiosis between subject and concept that ends in the merging of the concept with the subject and of the transformation of the subject through its understanding of the concept.

In this post I expand the discussion in two ways. First, I look at how Noë’s approach to conceptual understanding is not limited to nor dependent upon linguistic ability. Instead Noë chooses a broadly Kantian approach that also instantiates conceptual understanding at the level of bodily experience. Second, I link Noë’s account of understanding and perception to Jacob von Uexküll’s approach to multispecies ethology, which also takes an expanded Kantian form. Through Noë and Uexküll we are able to see that the capacity for conceptual understanding — however limited such an understanding may be — is rooted in life itself, and this in turn allows for a fuller account of ecology that posits the categories of meaning, value, and significance as basic to ecological and evolutionary processes. I start with Noë’s attempt to merge conception and perception without the mediation of language.

By linking conceptuality to perceptuality at the level of an organism’s body, Noë suggests that some forms of understanding do not require language to emerge. One form of non-linguistic understanding is sensorimotor understanding. Sensorimotor understanding refers to the skills through which we gain access and respond to different elements within our physical environment as we move through it. Uniting sensorimotor understanding with linguistic understanding is Noë’s concept of style. Style is a fundamental concept of which intellectual and bodily access to phenomena are both examples. Stated another way, thinking is a style of access to phenomena just as physical movement is, and both styles of access are related to types of worlds rendered present through their respective skillful means. Here knowing minds are not different in kind from moving bodies. Noë writes, “Thought is not prior to perception; nor is perception prior to thought” (69) and that “Thought is not prior to experience; experience is itself a kind of thought” (116). Emphasizing the thought-like nature of perception and the perception-like nature of thought, Noë suggests that aesthetic experience is the paradigm case of all perceptual experience (129).

By linking style and aesthetics with thinking and perception, Noë forwards an account of the a priori conditions that prefigure all empirical experience by giving form to all possible experience within a given style of access. In a sense this description is a reversal of Uexküll’s approach to ethology. If Noë takes conceptual understanding as basic to nonhuman bodies and thinks this capacity upward into human cognitive ability, Uexküll does the opposite: He takes the human cognitive ability to organize experience and thinks it downward into the animal body. Uexküll’s approach is also explicitly Kantian. His aim is first to consider the role played by the biological body in the subject’s organizing capacity and then to extend this organizing capacity to all organisms. By emphasizing the organizing role of bodies, Uexküll suggests that the forms of experience are species-specific, constituting a diversity of modes of possible experience that render space, time, and motion relative to each organism, and where the appearance of each are related to an organism’s organization as a dynamic and living body.

These forms of experience constitute what Uexküll famously calls the “umwelt,” “appearance-world,” “surrounding-world,” “world-picture,” or “dwelling-world” of each organism. For Uexküll embodiment is thus the site of any transcendental form of experience. Each organism is a center of experience, just as each cell within each organism forms its own center of experience. As a center of centers, and as a center among other centers, the organism emerges at the intersection of a multiplicity of appearance-worlds operating both within and outside of the organism’s physical boundaries. In each appearance-world different elements within the surrounding ecology are rendered present, while each element within that appearance-world remains unknowable apart from its appearance to a certain mode of interpretation. Noë’s style of access is in this way a multispecies affair, and here style is also related to meaning. By bringing presence to reality in different ways, each organism is participant in what Uexküll calls, “functional cycles of meaning” where, “every carrier of meaning becomes the complement of the animal subject” (146).

Cycles of meaning are central to the valuations and decisions of organisms, and, through their encounters with such cycles, organisms evidence that conceptual understanding  — marked by basic capacities to identify “friends,” “enemies,” “prey,” “mates,” “food,” or “shelter,” for example — is instantiated at a very basic level of biology. Indeed, according to Noë and Uexküll, the cognitive and the living are identical categories. Mind is life, as Evan Thompson might say. The organism is, from this view, the factor who organizes space and time into a particular qualitative arrangement and is that which appears as a certain kind of meaning carrier within the appearance-world of another organism. The take away is that just as there is an ecological symbiosis playing out at the subject-concept level (as I argued in my previous posts), so too there is a symbiosis playing out at the subject-meaning level, and this relation has important consequences for how we think about evolutionary processes.

In Noë’s actionist and in Uexküll’s ethological approach space, time, and motion are the variable forms of organismic intuition, an insight which calls forth the aesthetic nature of the ecological arena. Here we can see that Kant’s error was to focus too narrowly on one kind of transcendental ego — the human being — at the expense of all other species. Deepening Kant via Noë and Uexküll, then, we can see that aesthetic formulations of meaning, value, and significance are causal and necessary factors in evolutionary processes, and that any attempt to evacuate the enacted ecology of meaning that surrounds every organism undercuts the very mode by which evolution has transpired since the emergence of life on Earth. In other words, ecology is necessarily about transactions of meaning, translations of value, and transformations of significance, and it is in principle irreducible to mechanical description alone.